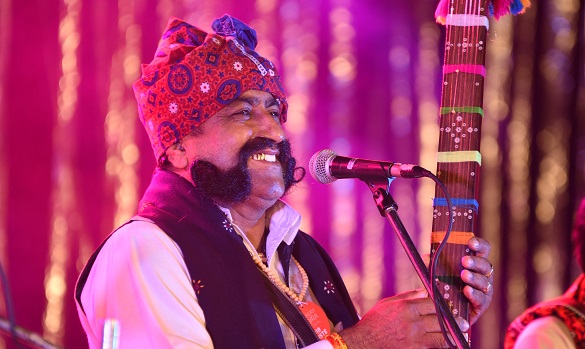 Moorala Marwada is a Sufi folk singer from the Janana village of the Kutch District, Gujarat, India. Marwada hails from a long line of Meghwal singers of the village in Gujarat’s Kutch district. He sings the poetry of Kabir, Mirabai, Ravidas and others. Mooralala sings in the Kaafi form of music that has evolved and been adopted by the Hindu singers of Shah Abdul Latif Bhittai. He has also been featured in the Kabir Project.
Once you listen him, you may experience the striking qualities of his singing that are irrepressible and complete with infectious joy! He also has a tremendous habit of bursting into any song when any inspiration strikes him. Not mattering the place wether in a bus or in a street or on a phone call. He flawlessly starts singing anywhere he feels. And that’s a quality of a die-hard passionate singer!