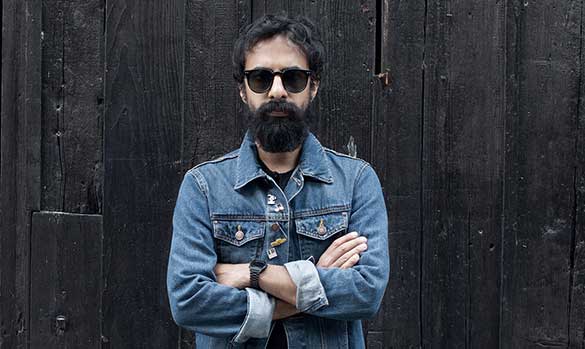 Ankur & The Ghalat Family is a Hindi rock band whose music styles include a combination of groovy folk-rock and acoustic ballads. Ankur, the frontman of the band, is a member of the Hindi Samiti with the Delhi government, which works towards popularising Hindi language in the region, and a co-Founder of Kommune, which runs ‘Spoken’, India’s biggest spoken word festival. He is a multi-faceted artist best known as a singer-songwriter, apart from being a composer, music supervisor and poet. Lyrically, Tewari weaves magic with his compositions, allowing one to feel an array of emotions with each song. An independent artist since 1998, he has composed and written lyrics for multiple feature-length films, including Guilty, Yeh Ballet, Raat Gayi Baat Gayi and the blockbuster film Gully Boy, for which he won the coveted Filmfare Award for Best Lyrics.