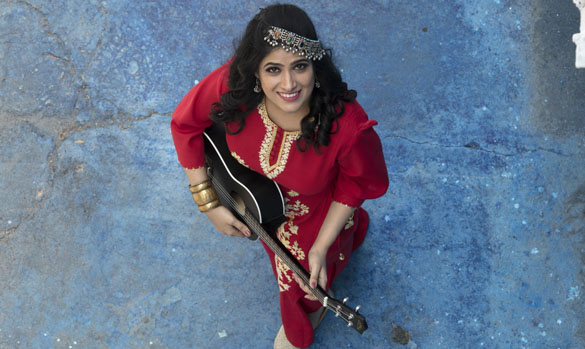 Aabha Hanjura is a popular folk fusion artist and front woman of the eclectic folk-pop band Sufistication. A vivacious live performer, she stormed through the charts with her Kashmiri folk pop number Hukus Bukus. The track garnered over 3.2 million views and made its way into the popular web series The Family Man, starring Manoj Bajpayee, and the critically acclaimed film No Fathers In Kashmir, directed by Oscar-nominated director Ashvin Kumar. Her music is known to bridge the gap between traditional and modern sounds and has won her the H.E.R Award, the Times Power Woman 2019 for Excellence In Music and Best Folk Artist Award at the Hungama Artist Aloud Awards in 2018. The band will feature an ensemble folk musicians from kashmir & present a fusion of Kashmiri music blended with modern contemporary sounds.